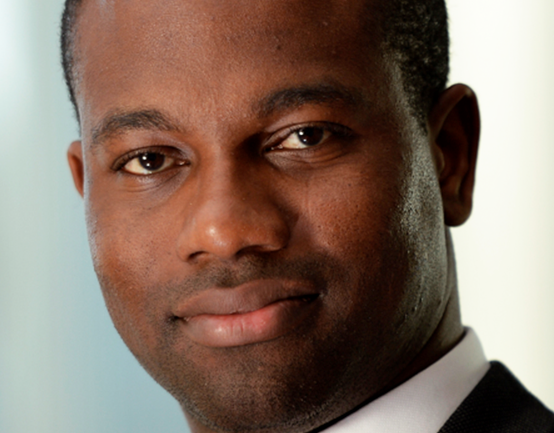 Justin Oneukwusi won the award for Future Leader of the Year, at the Ethnicity Awards 2018.

Post winning Justin talks about his career journey, the influences that have helped him to advance and gives his tips to others.

In what ways has your ethnic background impacted your career choices and/or aspirations?

I think the fact that I was so often the only black person in the room has galvanised me to push even harder and aspire for even more. My mother always taught to that in order to achieve, working hard was important. I am a big believer in working hard. The importance of talent can’t be overestimated. Fund management is 90/95% putting in the hard graft. If you put in time, it will pay dividends.

That said, even though I had the grades at GSCE and strong predicted grades at A-Level, I refused to apply to Oxford or Cambridge.  This was because I felt I would not have fit in given my background.

Have you had to behave or deal differently with any workplace situations or career choices as a result of your ethnicity and/or race?
I think I’ve become a real expert in code-switching.  It’s been something that I have been able to do since my school days -I was one of only a handful of black kids in my school, and soon learned that I couldn’t interact with my school friends and teachers in the same way that I interacted with the friends I grew up with.

What are the barriers to BAME employees from progressing into senior positions at their workplace?

Speaking as a black male, I think a huge issue is the lack of role models.  It’s quite difficult to imagine how you can progress in your career if you can’t see success stories from people who look like you and who have similar backgrounds to you.

Does the ‘BAME’ label help or hinder workplace diversity?

I’m not a fan of the term BAME, as it essentially places all non- Caucasian people into a single category. The reality is that different minority group have different experiences, and bring forward different viewpoints, and opinions. Minorities are not a monolith but I feel that BAME makes it seem like we are, and that a one size fits all approach to addressing diversity will work – that really isn’t the case.

How do you hope to impact the lives of others who have similar backgrounds to you and are in the early stages of their career?

I suppose I would really like to be viewed as a mentor and hopefully even a positive role model. I would hope that people from similar background could look at the path that I’ve taken and think “Actually, maybe the City, and a career in investment is for me.” As I’ve mentioned before I really think not being able to see people who look like you in senior positions can be a real barrier to progress for many, so I hope that people can look at what I have done, and perhaps feel inspired to try something similar?

Can you tell us more about your career path and any moments that have helped?

At sixth form college – Holy Cross in Bury – I wanted to study double maths, politics and economics. But double maths lessons on Wednesday afternoons clashed with football. My teacher said if I played football I would never be an actuary – I had to prove him wrong. I did single maths, played football and ended up as a trainee actuary at Aon. Within 8 months I moved from pension consulting – I hated it. I moved to investment consulting, looking at markets and doing manager research. It was here I realised I had a passion for markets. I dropped the actuarial exams and doing the more market related CFA. From there I moved to Merrill Lynch, and then to Aviva Investors where I began to manage money in a range retail multi-asset funds. It was three years later LGIM then offered me the opportunity to help build out the retail business as part of a wider team.

I have always had great support from my managers but it was from Yoram Lustig, who at the time was Head of Multi-Asset Funds at Aviva Investors and is still a mentor to me – he simply said “you can do it”. It really helped me overcome any self-doubt when I first moved into fund management.

It was during my time at Merrill Lynch Wealth Management, the investment banking part of the business was hit hard by the financial crisis. The impact on the business was truly extraordinary.. I have never seen anything like it. The number of people leaving the business. It was like a conveyor belt. It was truly bizarre – and then came they taken-over by Bank of America. One of the lessons I learned as lots and lots of very clever people lost their jobs, is that no matter how smart and skilled you are, markets can make you humble.

What tips would you give others?
​
Embrace your difference and diversity. I know sometimes being different makes you feel like you stand out in a negative way, but honestly, that same difference is what makes you unique. Being different to the status quo means that you bring a different way of thinking and seeing things, and this is vital for any firm and team to thrive.